Acer C720 is a 11,6 inch Chromebook which basically some sort of ‘hybrid sandwich’ in between its predecessor Acer C720P and the Acer C7. Acer C720 is a very affordable portable notebook which is mostly recommended for students. Putting limitations, aside, it is overall a better alternative to cheap tablet and overall very good on the go. The next section will elaborate the pros and cons and everything you need to know about its performance. 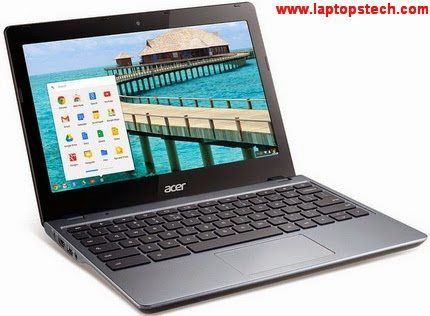 The connections and ports are all discreetly hidden around the edges of the notebook’s body. Over the left side, you will have the proprietary power port, a USB 3.0 port, a headphone jack, and a full-sized HDMI port, meanwhile on the right side you will find USB 2,0 port, SD card slot, and the Kensington Security slot. Above the screen you can find a VGA camera which allows you to have video chat in Google Hangouts, which when you take a step back and consider the price, is quite of an impressive feat.

Too bad is not so impressive in the screen and pixels department, while the 1,366 x 768 resolution of TFT LCD display may allow some vibrant and bright display when viewing angles are okay and for basic web browsing usage, it doesn’t take a genius to notice that there’s still something off in the display capability, something missing; sharpness. It is also kind of a setback in the icons department still it is kind of obscure and fuzzy on the sides and in my opinion is not appealing enough for the eyes, as it can make the impression that the screen is some sort being washed out. The lack of color and brilliance is also one factor that may turn out to be a huge turn-off for movie lover. Because when you watch a movie in this notebook, no matter how HD your video, it will always end up lacking some sort of punch and perks. But still, on the plus side, the HDMI support on board allows you to connect to a TV or the display to projector. 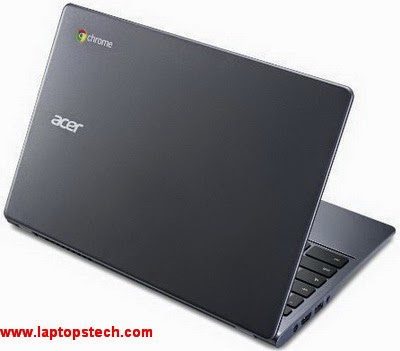 The sound department is not that impressive either, you will need to grab a pair of headphone or speaker to get the best of its quality. And as for performance, I’d say it’s pretty much good. Like any other Chromebook, Google’s web based operating system Chrome is the core of the heart of C720, so basically everything you do on the web will be tied to a Google account, well, it is good and all since it’s very simple and won’t cost you anything. But then everything will be centered and based inside the Google chrome and without the internet, this notebook will be just like any other Chromebook; pretty much useless. Also, as an operating system, Chrome still needs a lot of developing and improvement to do, especially in the app aspects.

There are still some big apps like Sky Go and even Skype that is still missing in the web store, and even though it keeps on improving, but it is still lacking a lot when compared to Mac App store or Google Play. But the good news is, the Haswell-based 1,4Ghz Intel Celeron 2955U CPU with RAM of 2GB allows you to have smooth experiences in using the notebook and keep the things processed and run swiftly. The overall performance is very zippy that it is capable of handling multiple tabs and multiple processes at the same time with ease. Also, the memory department is quite a feat that you don’t have to worry about getting external memory too soon to store your stuff. The battery life endurance is pretty awesome since it can last long for about 6-7 hours (even it into 8 hours if you don’t use a lot of physical memory) and if you use it sporadically for only a couple times per day, it can last long without having to be charged for about 1 week, cool huh?

Anyway, the pros of the laptop can be best summarized into: Having good quality for relatively more affordable price, smooth performance, and good battery life. Meanwhile the cons are including; so-so screen quality, lack of USB charging, average sound quality, having an often unresponsive touchpad, the still needs to be developed chrome web store and a little bit too cramped keyboard. But all in all, it still a great valuable choice if you happen to have a limited budget and still want to get a decent notebook with overall good performance, then this Acer C720 Chromebook is for you. Especially recommended for students!