For many years, if you need a legitimate portable computer, your best bet is to get a laptop. After which, mobile operating systems and processors have become more powerful, you now have another choice: a tablet.

A tablet sacrifices power and functionality in place of superior convenience and usability by removing the physical keyboard and adding a touchscreen interface. So, it didn’t take long for manufacturers to realize that all it takes is to remove the keyboard to turn one into the other.

Thus, 2 in 1 laptops came into the picture and it’s become its own product category.

Today, we’re going to list some of the best 2 in 1 laptops the market has to offer. But first, let’s define what makes a portable computer a 2 in 1 laptop.

To put it simply, a 2 in 1 is either a detachable hybrid tablet or convertible hybrid laptop which is touch optimized. This portable device comes with both a touchscreen and a physical keyboard of some type.

The best thing about a 2 in 1 portable device is that you can switch between the two modes whenever you wish, usually in the most seamless manner. At one point, you can easily use the touchscreen mode for the best convenience and if you want to type faster, you can just snap the physical keyboard in its place.

Having said that, a 2 in 1 laptop is pretty much a PC with a full operating system, usually a Windows 10 or Chrome OS. There are reports that Apple is looking to tap into the market of hybrid laptops which could end up to be an interesting development.

We did the research and tested the following units, so you don’t have to. Below are some of the best hybrid laptops that you can find in the market. 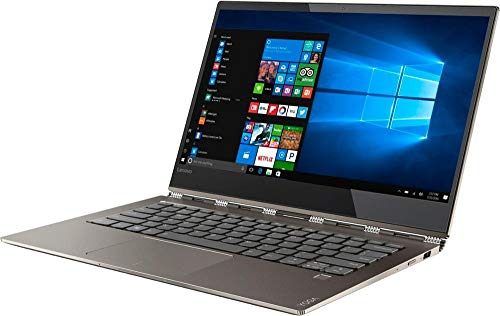 The Lenovo Yoga 920 the ultimate 2 in 1 laptop if you’re looking for top-notch design and comfort.

The eight-generation Intel Core i7 CPU makes this machine a powerhouse when you’re doing productivity tasks. Whether you’re doing work in Photoshop or encoding videos in Handbrake, the Yoga 920 won’t disappoint. The 8 GB memory and 256 GB solid-state drive add more oomph to the laptop and they are both upgradeable.

The Yoga 920 is exactly what you can expect from a premium hybrid laptop – superb build quality, excellent performance, and top-notch usability. 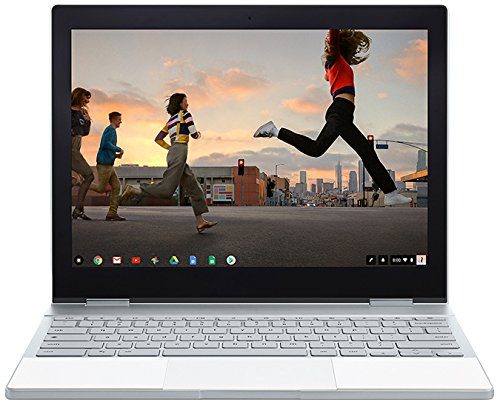 Not a fan of Windows 10? The Google Pixelbook might just be the unit for you since it’s loaded with Chrome OS. Many people are not exactly to Chromebooks but the Pixelbook is special.

The Pixelbook is a Chromebook that sports a great design and you can use a stylus. Since it’s a Chromebook, you will have native access to various Google apps and services, thanks to the full Android app integration. The laptop comes with a 7th Gen Intel Core i5 processor which is more than enough to handle the most basic computing tasks with ease.

As mentioned, it supports a stylus in the form of the Pixelbook Pen. In other versions of the product, you have to purchase the pen separately. However, we do recommend the pen as it does an excellent job of alleviating much of the difficulties that you can expect from using Android apps via a laptop. The only downside is that the pen doesn’t attach to the Pixelbook.

We’re not going to sugarcoat the fact that the Pixebook is an expensive Chromebook but it’s an incredibly powerful tool for students and general users.

If you don’t have that much in terms of budget, the Acer Spin 1 is a good option for the budget-conscious folks.

For under three hundred, you get a 2 in 1 laptop with features that you will usually see from a thousand dollar model. The portable PC comes in an all-aluminum chassis which is quite durable. However, the true star here is the 11.6-inch screen that is capable of displaying a max resolution of 1920 x 1080. The display is quite colorful and vibrant and offers better viewing experience than units twice or thrice its price.

It also comes with an impressive stylus that supports up to 1,024 levels of pressure. As you would expect from a budget unit, the Spin 1 is only equipped with a Celeron processor and 32GB of storage. So it’s not as powerful as most models on this list but it makes for a great secondary device. The battery life leaves a lot to be desired as well.

The Acer Spin 1 offers great value if you just consider its features. However, we recommend that you get the 64GB version as opposed to the 32GB one. 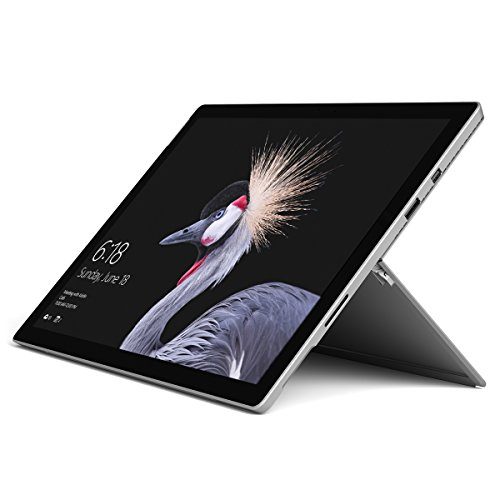 You can’t really talk about the best 2 in 1 laptops without mentioning the unit that popularized the category, the Microsoft Surface Pro.

After dropping the number naming scheme, the Surface Pro is now better than ever. One of the first things you’ll notice about the Surface Pro is the design. The design adds a great deal of versatility to the laptop as you switch Laptop, Studio, and Tablet Mode. This is mobile productivity at its finest.

The Surface Pro’s 12.3-inch PixelSense display is also worth praising as it remains one of the best LCD panels as far as 2 in 1 laptops are concerned. The 2736 x 1824 resolution looks stunning and sharp. The 3:2 aspect ratio gives a perfect balance of vertical and widescreen real estate. Whether you’re watching movies or trying to get things done, the Surface Pro’s has got you covered.

The Surface Pro is available in many different versions and specifications. So regardless of your budget, there’s a Surface Pro that’s right for you. 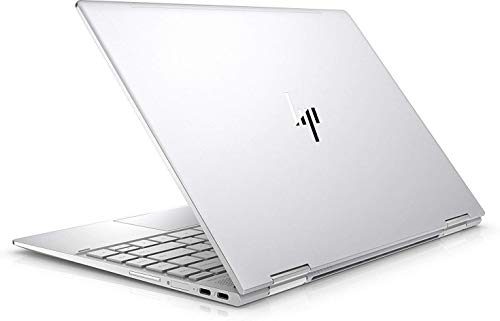 The competition among the 13-inch 360-degree convertible laptops is fierce but the HP Spectre​​ x3​​60 puts up a good fight.

The Spectre x360 is a beautifully designed and lightweight portable unit. In fact, it’s lighter, faster, and cheaper than the 13-inch MacBook Pro. The Spectre x360 boasts a strikingly thin frame and only weighs about 2.78 pounds. However, despite its thin design, this 2 in 1 packs a lot in terms of performance.

We’ve run intensive programs like Lightroom Classic CC for editing images and I must say that the Spectre x360 has performed admirably with its smooth performance. The display is not the best out there but it’s sharp and bright which is great for daily tasks, web surfing, and watching movies. While it doesn’t feel that rugged, the unit is surprisingly quite tough and survived a couple of falls.

The Spectre x360 is a flexible machine with an impressive performance and battery life. 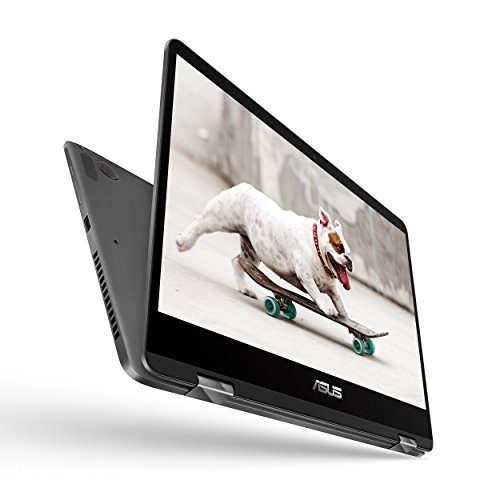 If you are looking for a 2 in 1 with a large screen, the ASUS ZenBook Flip 14 gets our highest recommendation.

The 14-inch screen supports up to 1920 x 1080 resolution and provides a wide range of viewing angles. The glossy surface of the screen can give annoying reflections and brightness is just about adequate. On the other hand, the colors of vibrant and accurate, with deep contrast and saturated hues.

For the touchscreen operations, the ZenBook Flip 14 manages to impress with its smooth and accurate controls. The unit also comes with a handy stylus but it’s baffling that it doesn’t have a place to store it in the laptop. The stylus is battery operated and responds to 1,024 levels of pressure. Palm rejection is good in general but there are cases where it faltered.

If you want to see some gaming action, the ZenBook Flip 14 is available in a more expensive unit that comes with Nvidia’s MX150 which is good for light to moderate games. 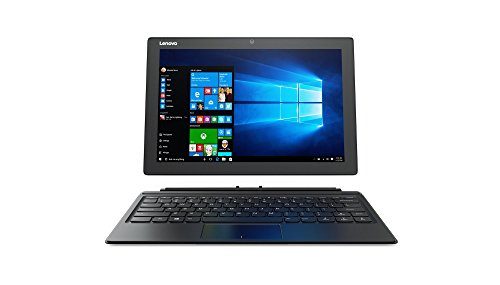 The Lenovo Miix 720 will probably remind you of Microsoft’s Surface Pro. However, there are key aspects that separate Lenovo’s 2 in 1 from Microsoft’s.

The Miix 720 is packed to the brim with features from the fold-out kickstand to the IR cameras. The Thunderbolt 3 USB-C support is another great feature for accommodating many different peripherals that support the interface. For added security, you can use the IR cameras for facial recognition. Neat!

The 12-inch IPS display supports up to 2880 x 1920 pixels and looks absolutely sharp and vibrant. It’s not the best display in this list but you won’t be disappointed. Touchscreen works like a dream and the palm rejection feature is working as intended with a few mishaps here and there.

The hardware gave a pretty good performance while doing business or school work. The unit works fine while photo editing and light HD video editing. Gamers will also be pleased to know that the Miix 720 has enough oomph to handle light, casual games. If there’s one thing that we’re really disappointed with the Miix 720 is the battery life.

The Miix 720 might just be the best alternative to the Surface line.

Found Your Hybrid Laptop Yet?

And that concludes our list of the best 2 in 1 laptops that the market has to offer. Regardless of your choice, it’s hard to go wrong with these models.

We’ve tried to cover just about every price and range specs, so hopefully, we have helped you find a hybrid laptop that will help you get things done whether you’re at home, office or while on the go.

So what do you think of our list of the top-rated hybrid laptops? Do you have a favorite model that failed to make the list? Let us know what you think using the comments section below.