Windows is one of the most popular operating systems in the world, if not the most popular. Their platform is built for convenience and compatibility, but sometimes the smallest tasks can be the trickiest.

While technology has made everything from communication to shopping easier, it’s also presented some puzzling dilemmas for users. For example, think about the act of taking a picture. Not taking it with a computer’s camera, but getting a shot of the screen itself.

If it were something in real life you’d just point, click, and be done. But when it’s on a display, it’s a little different. Going about it the old-fashioned way can leave the result looking like a pixelated, discolored mess.

Luckily there are ways to get around that. The creators behind Windows and other operating systems know how useful it is to be able to capture what’s on the screen at any given moment. That’s why they implemented the screenshot feature. But knowing how to take a screenshot on Windows can fall into that category of – simple and small, but tricky for first timers.

Here we’ll take a look at how to take a screenshot on Windows, ways in which it can be useful, and even offer a brief troubleshooting guide for if the shot doesn’t turn out properly.

Taking a screenshot can be tricky for one simple reason – you may have heard multiple methods and only got bits and pieces of the explanation. This makes it easy to confuse them, and can leave you with no clear answer.

Luckily, there are multiple ways to take a screenshot on Windows. For the purpose of this guide, we’ll be looking at methods on Windows 10, though many other forms of the OS and even systems from other companies can use similar solutions.

A mainstay of Windows operating systems since the days of Vista, this is one of the go-to solutions when you need to take a screenshot. The great thing about this is that you can choose a section of the screen rather than having to get the entire thing. Go to All Programs under the Start menu, then find the Snipping Tool under Windows Accessories.

Click New and you’ll be able to start out. The default option is a rectangular selection, but you can also do it by free-form selection or for a specific window. You can even take a shot of the entire screen from this tool if you wish. Worried about getting the tool itself out of the way before you take the shot? No problem – you can delay it by up to five seconds, just like a standard camera. NOTE: This option does not save your shots automatically.

This one is the one most people know about. It’s the simplest, but it’s also a pretty cut and dry type of task. You won’t be able to select certain parts of your screen or individual windows, but you can take a shot of the entire screen with the PrtScn button.

The button is found on most keyboards to the right of the F numerical keys along the top, right around Scroll Lock and Pause Break. This option won’t save your files automatically, and will instead just copy them to the clipboard. It’s useful if you need to paste a file into a document or image editing program quickly.

This one is a slight variation of the one before – the only difference is you’ll be taking a screenshot of the entire screen and saving the result in the Screenshot folder in the Pictures directory. To do this, just hold the Windows Key while pressing PrtScn. If you did it right, you’ll see the display dim for a brief moment.

Prt Scrn is a popular key for this type of task, as you can see. But what about if you’re only wanting to share your open window? You may not want to close down or minimize everything else, or risk your private data being visible. How can you screenshot a single open browser window or standalone program screen?

The key is pressing Prt Scrn + Alt. This is another option that doesn’t save your screenshot automatically – you’ll need to paste it from the clipboard into Paint or another similar image editor to save it yourself.

Sometimes the reason you want to capture your screen is so you can share it with others. It makes troubleshooting errors, group assignments, and collaborative work projects much easier. To do this, simply press the Windows Key + H.

This will take a screenshot of your display, and will also open the Windows Share toolbar. You can send the result to others via email, social media, OneNote, and more!

This Microsoft Garage project, known also as Microsoft Snip, can be as reliable (if not more so) than the standard Snipping Tool. It’s similar to that tool, with the main difference being you can save your settings and program the PrtScn button to activate them. If you need to do multiple screenshots in a row and want to save time, this is the tool to use.

This one works for Windows Surface devices, and anyone who has used a tablet or smartphone will find it to be very familiar. Simply hold down the Windows Logo touch button on the bottom of the device and then press the button you’d normally use to turn down the volume at the same time. This will cause the screen to dim momentarily, then you should see your screenshot in the Pictures directory.

When Could Taking Screenshots Be Useful?

It’s worth knowing how to take a screenshot on Windows, and how to use each of the options above. This is because there are multiple situations where it could come in handy.

As mentioned, collaborative work often requires sharing screens. For example, imagine a person working on putting together a chart in Microsoft Office then Skyping with a business partner. Sure, they can describe the chart’s values and categories, but it won’t be the same effect as sending it over. Rather than using Skype’s screensharing feature which shows everything, the person can simply take a screenshot of the graph and send it over alone. 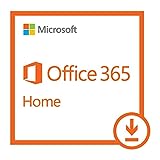 The same could be said of homework. Sharing a syllabus or study guide between multiple screens makes it easy for a group to work on a project together and prepare for the same test while helping one another along. Better collaborative tools mean better results, and that’s something Windows strives for.

Screenshots can also be useful when you’re trying to describe a problem, show an error report, or get technical assistance over an issue that’s hard to put into words. This can be a lifesaver in those instances, and can allow you to get the insight you need for clearing up technical bugs.

Though taking a screenshot on Windows may seem relatively simple, some people can encounter problems. This is usually the result of one of a couple common mistakes, but can also be due to the type of equipment you’re using.

One issue some people experience is pressing keys in multi-key commands separately, or one after the other. It’s important to make sure both are pressed at the same time. If need be, you can even hold one down then press the other to make sure they’re both in sync. Older versions of the Windows OS and different systems like Linux can sometimes use different commands altogether. For issues like this, it’s good to access the help files and find out which commands are applicable for the task you’re doing.

What happens if you take a screenshot and it seems to be cut off at certain points? This is almost always the result of a display issue. The configuration a program or window is set to may not match your monitor, or you could be using an outdated monitor that requires upscaling – a great characteristic of many GPUs, but not one that always translates to functions like screenshotting.

The Ease of Taking a Screenshot in Windows

This is a task that is often made more complicated than it should be. Remembering these simple key commands can help anyone take a screenshot.

It doesn’t matter whether you want the entire screen, a section of it, or even an individual window. You can find the option to suit your needs from Microsoft’s tools and built-in commands. Whether you’re working with classmates or coworkers, capturing pictures or documents, you’ll find these commands come into play more than many would think.

That’s all there is to it – go forth with the knowledge of how to take a screenshot on Windows and stick with the options that suit your needs. In any case, they’ll definitely look better than snapping a picture of the monitor with your phone’s camera.

Photoshop Doesn’t Suck, it’s You: The Guide to Effortless Mastery of Photoshop